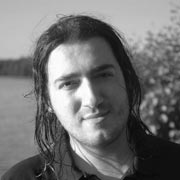 Mr. Eskov was born in 1981 in Leningrad. In 2005 graduated from the Repin Institute of Painting, Sculpture and Architecture of the Russian Academy of Arts, studying under Professor V. V. Pimenov. Member of the Russian Union of Artists, Principal Artist of Molbert Gallery in St. Petersburg. Participant of more than 100 Russian and international exhibitions and projects, including nineteen personal exhibitions in Russia and China, winner of international competitions. His works have been acquired by collectors in Russia, China, the UK, Czech Republic, the US, Finland, Germany, Greece, France and Canada.